Skip to content
With the news of the ‘Jonas Brothers’ giving their fans a possible reunion in near future, fans are super excited and are impatiently waiting for the big announcement.

If you ask a 20-year-old about their childhood crush then they won’t hesitate to tell you about infamous the “Jonas Brothers” who had captured the hearts of nearly all teenage girls with their sweet music and charming looks, in early the 2000’s. So tighten your seatbelts all the Jonas brother fans out there! Your favorite Disney boy band the “Jonas Brothers” may have hinted a reunion.

Also, further hinting towards a big surprise includes, one of Jonas Brothers musician posted a photo of the group on Instagram stating “Family Reunion.” Having seen this, fans are getting super excited over the thought of seeing their favorite childhood band producing sweet music together again. #3 Fans Responding To The News

Expressing their delight over the news, crazy fans took to social media discussing all the possible future scenarios regarding their all-time favorite brothers. One fan tweeted, “22 years old me pushing preteens out of the way if the Jonas Brothers have a reunion tour.” #4 Fans Getting Excited About The Possible Reunion!

Fans are also demanding a worldwide tour including jam of all their childhood favorite songs.”Y’all if the jonas brothers do come back i don’t want new music, i want a WORLDWIDE reunion tour with the ultimate anthems like year 3000, when you look me in the eyes, love bug, burnin’ up, live to party, hold on and every song from camp rock and camp rock 2: the final jam.”

#5 Reason Behind Breaking Up Of The Band

The “Jonas Brothers” band announced in 2013 that all of them would be going their separate ways after having some disagreements in the band. The trio also cancelled their last performance in October 2013. The truth for their breakup was revealed much later when the brothers told a magazine that they decided to call it quits after Nick Jonas told his brothers that he felt “trapped.” 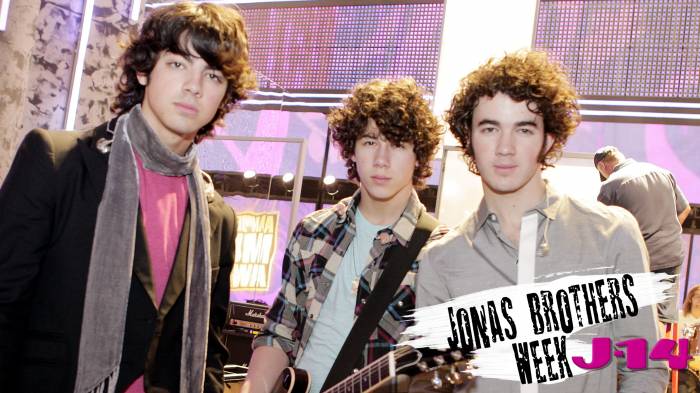 Fans are suggesting that if the reunion is on the cards then this could be the brothers’ 7th album, which could be epic. “In the song Year 3000 by the Jonas Brothers, the lyrics say that everyone bought their 7th album. With the possible reunion coming id like everyone to know that the next album will be their 7th, and it’s gonna be EPIC. #JonasBrothers”