Skip to content
The 90’s was a true transition point from the analog age into the digital age. We still enjoyed much of the things we did in the 80s, but we also had some new toys and gadgets to fiddle around with. If you grew up through this era, these memes will surely bring back fond memories. 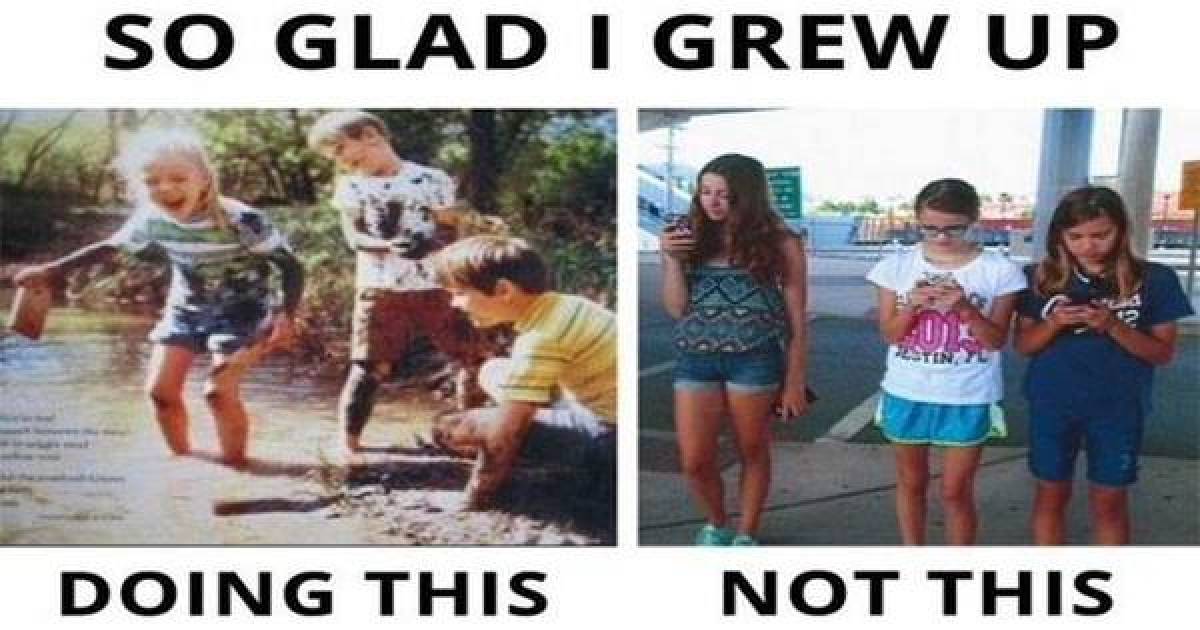 These jeans were wildly popular among the skaters and ravers. They might have looked like bell bottoms gone wrong, but they were super comfortable and had more pockets than most cargo pants. 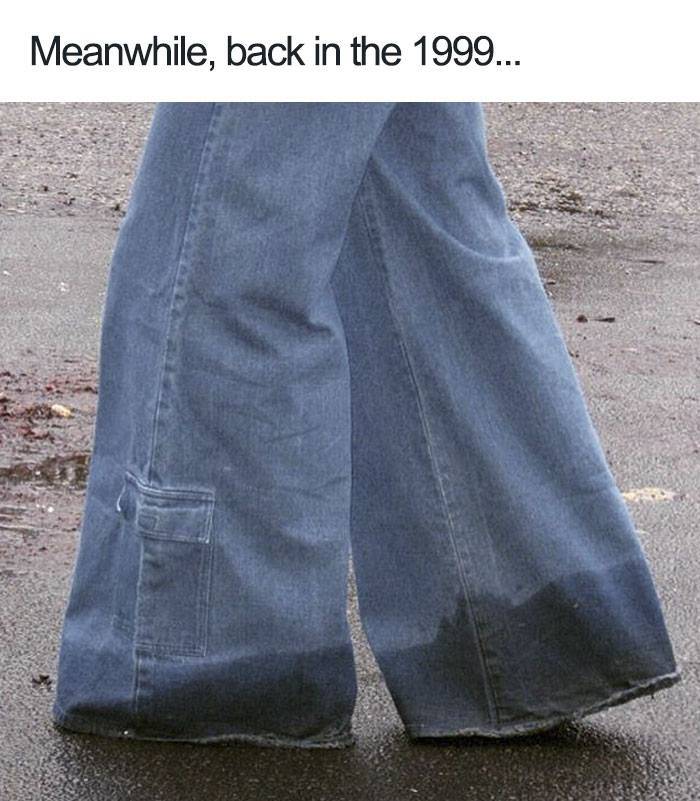 Reading On The Toilet

Back in the day, we did not have devices to keep us occupied while using the bathroom. So, we would grab shampoo bottles and read the backs while taking a number two. It kept us from being too bored. 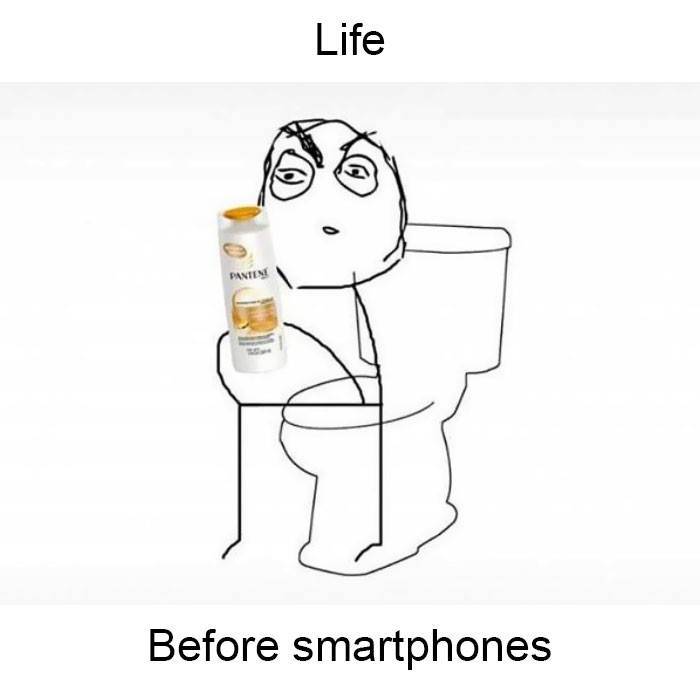 While all of these are true signs of being a kid in the 90s, let us just talk about this disk man. The disk man was the greatest invention of the 90s. We were able to be up on the latest trend while carrying our music around with us. The only issues were that they were too big to put in our pockets, unless you were wearing those JNCO jeans. 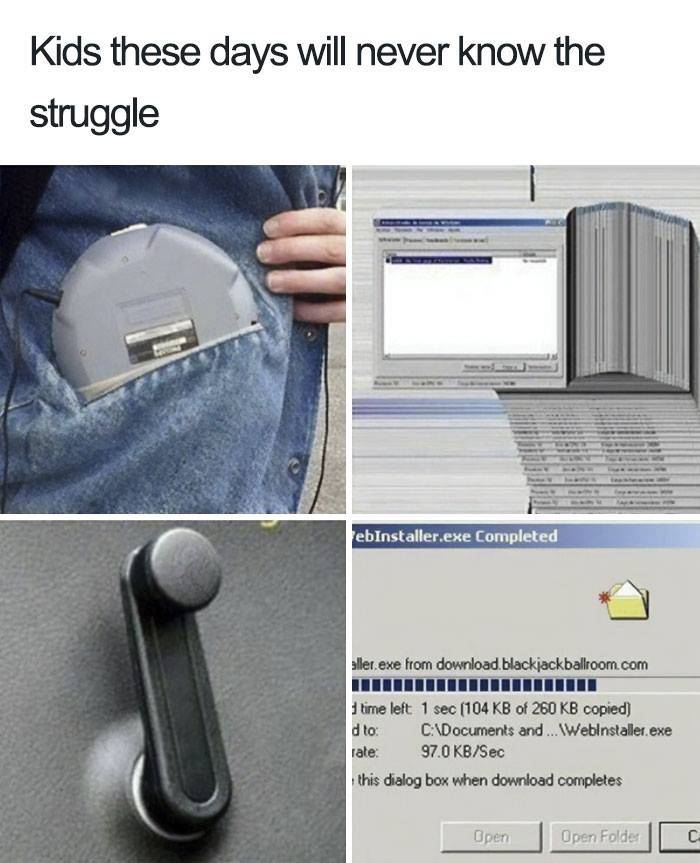 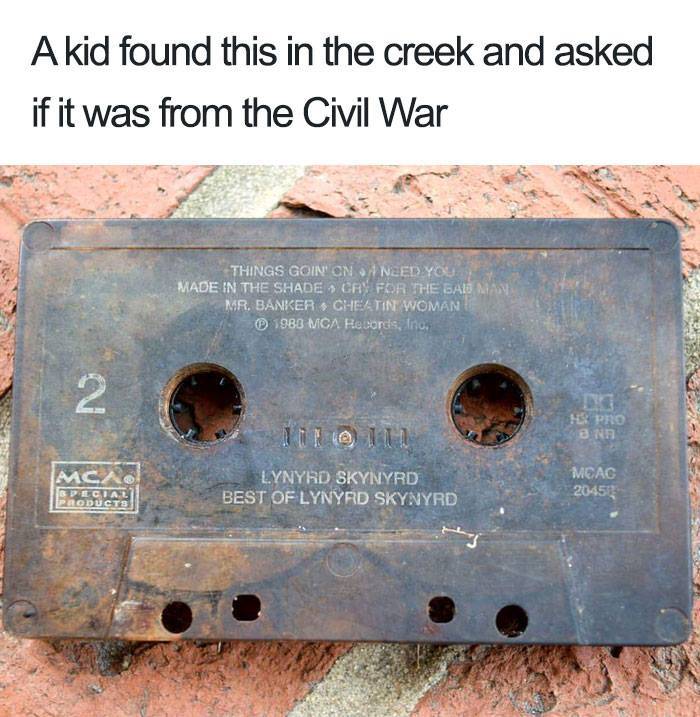 Graphic Design is something that is always evolving. It is hard to believe that these were the only fonts and designs available to use back in the day. 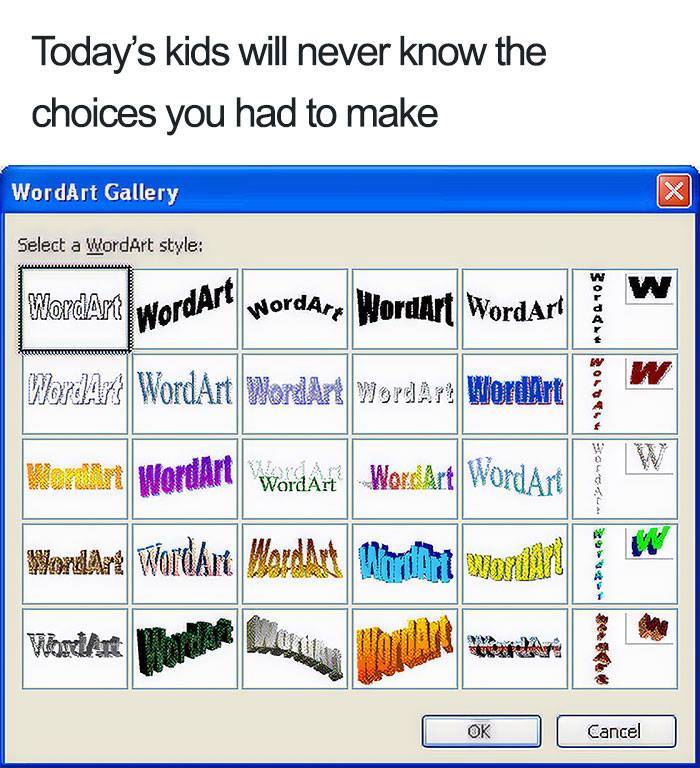 This is one of those games that came pre-installed on all computers. No one really knew how to play the game, but we did it anyway. The only thing we knew is that we did not want to click a square that had a bomb under it. 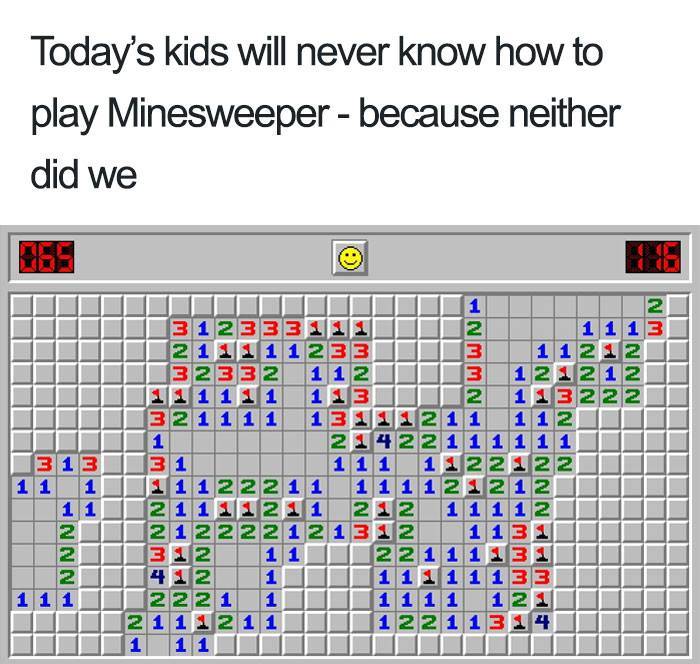 Computers became very popular during the 90s. If you did not have internet or had to get off of the internet because someone needed to use the phone, chances are you played these games. 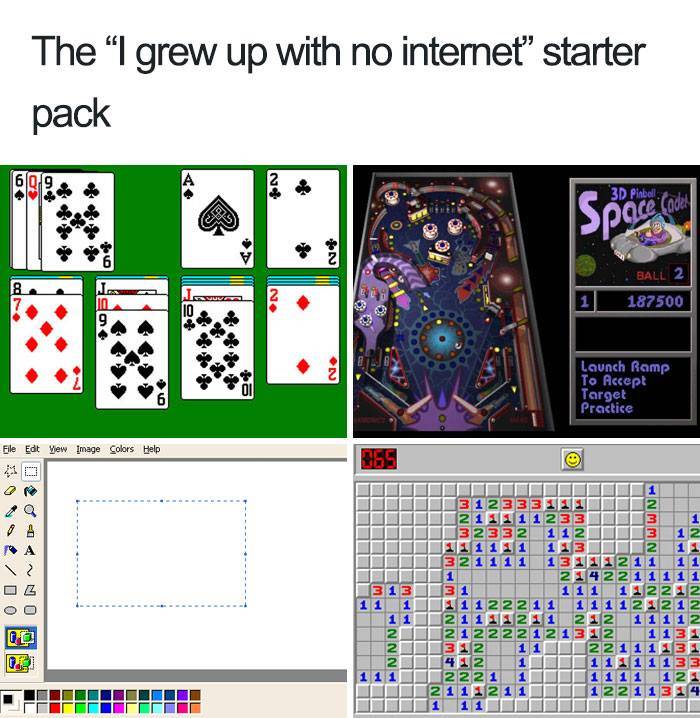 We did not have all these fancy cameras and camera phones that kids have today. Back then, we would take pictures with disposable cameras and had to drop them off at a photo lab. It would take up to a week for us to find out if any of the pictures were even worth keeping. 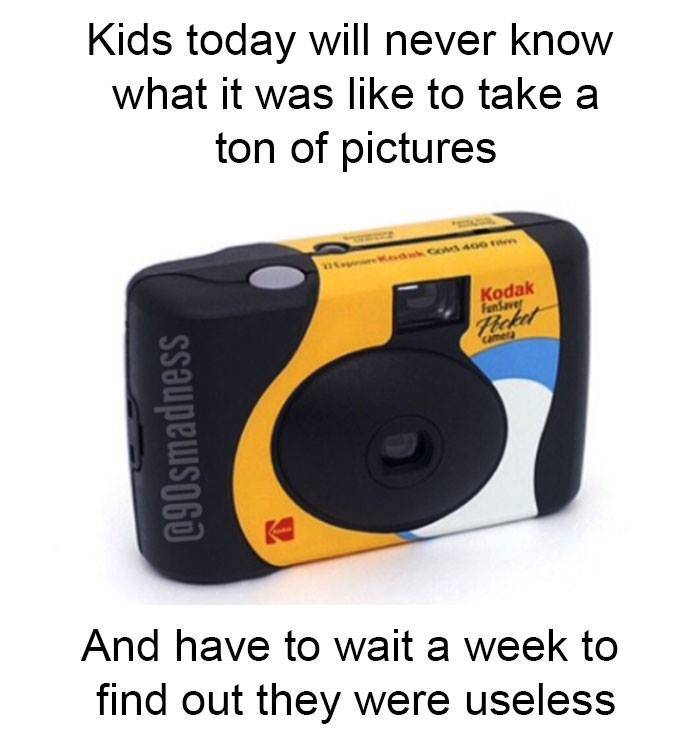 The first cell phones to hit the market were nowhere near as advanced as the phones we have nowadays. We were mesmerized by them and even enjoyed spending hours playing the very low-quality games that were installed on them. 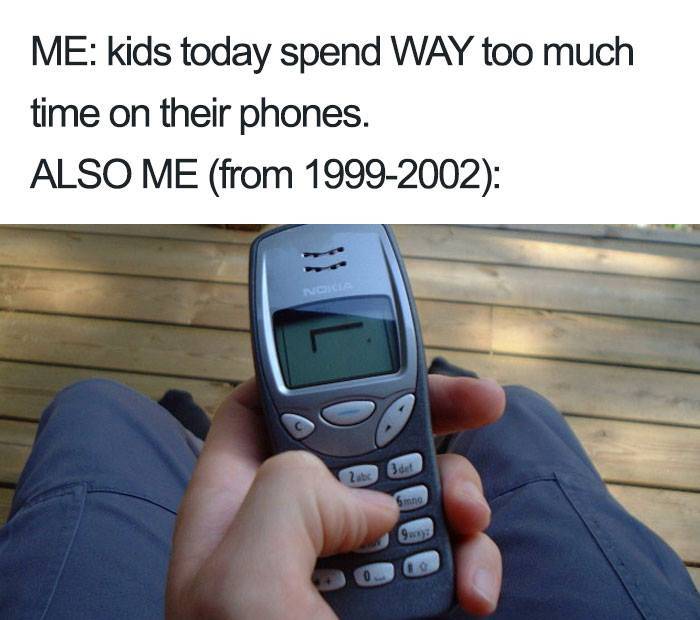 Tamagotchis were virtual pets. You were responsible for feeding them, cleaning up behind them, and playing with them to keep them happy and alive. Sadly, most of us lost interest in them quickly, and they died. 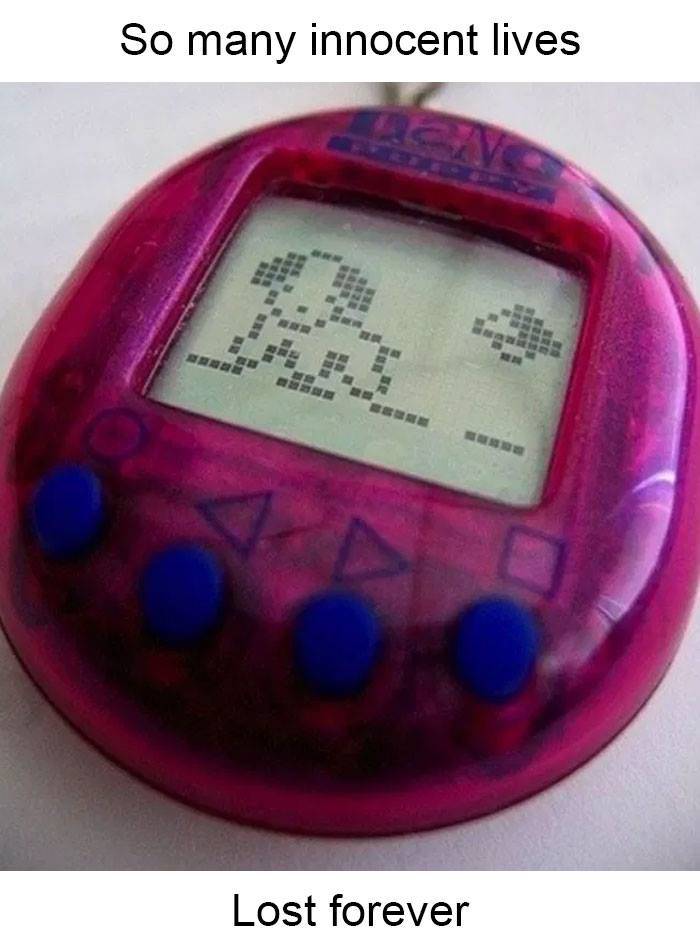 If you were in school during the 90s, you remember your teacher sending you to the lab to grab the TV cart so your class could watch a movie or an educational video. These were our favorite days in class. 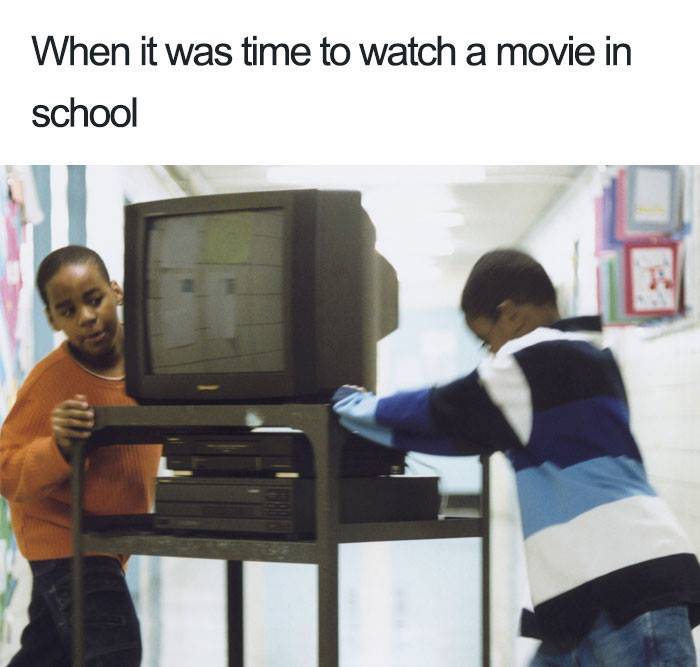 While we do still see plenty of these fiberglass tube slides, we do not see the hell-spawn metal slides. It is one thing that most of us agree that we can totally live without. There is not a kid in the world, who grew up in the 90s, that does not remember burning the backs of their legs on one of these. 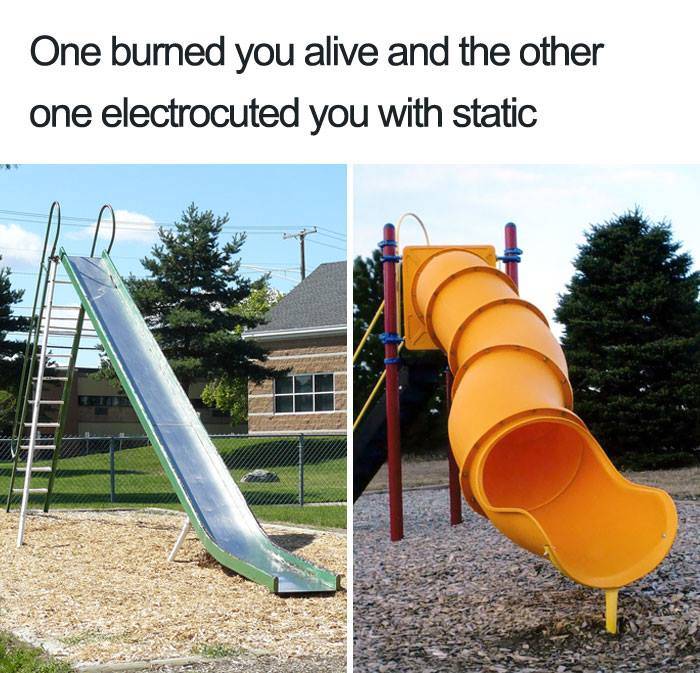 When computers first got popular, they came with a mouse that moves around by rolling on a ball. Every now and then, you had to take it apart to clean out any lint and dust that has built up around the rubber ball. 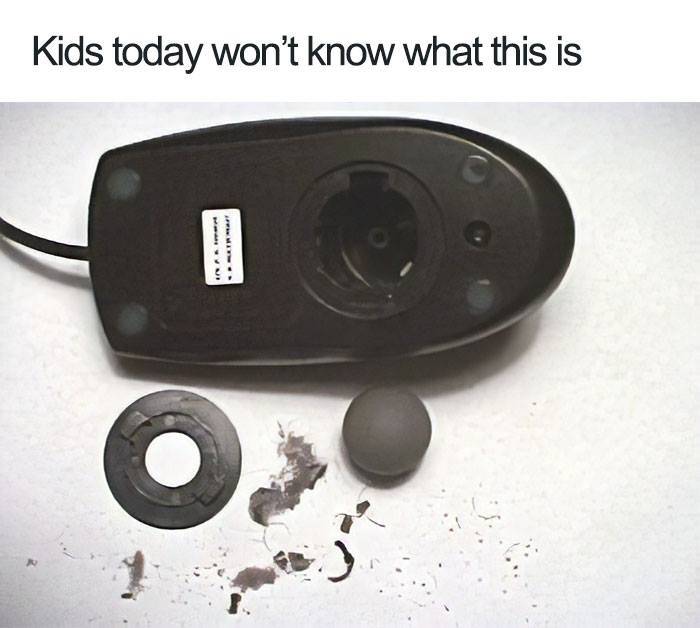 Home Alone was an iconic movie from the 90s. We all wondered what kind of work Kevin’s dad did to afford such a large home and a trip for a family of that size. 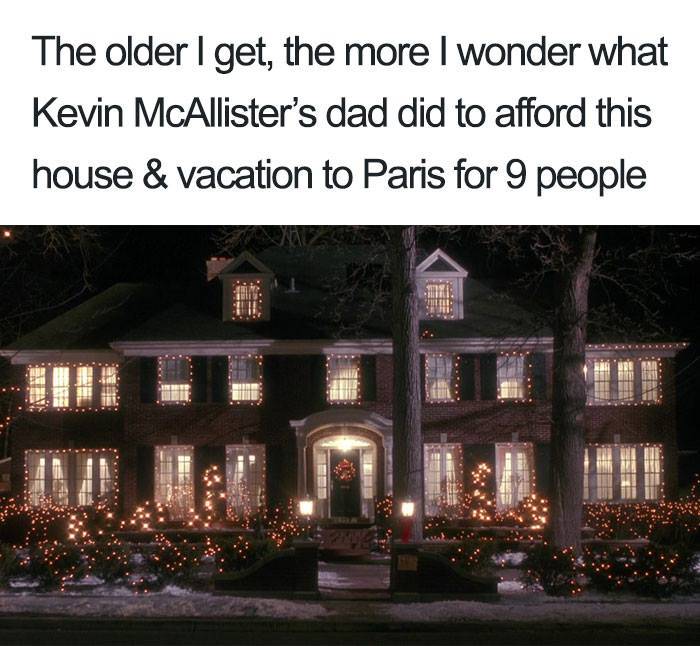 The words “Dewey decimal system” mean absolutely nothing to kids nowadays. It is how we looked up books we needed to read. They would tell us where to find the books in the library. 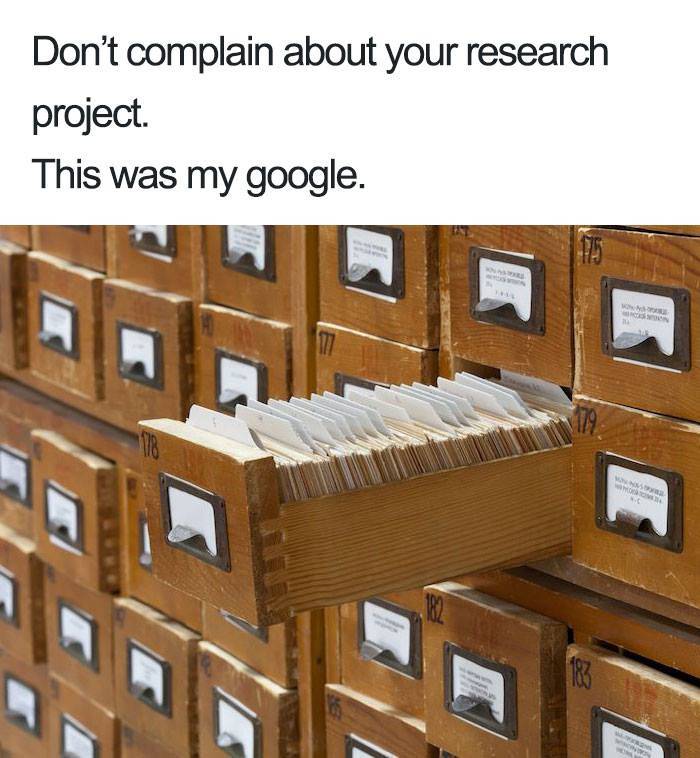 Smartwatches were not even a thing when we were growing up. But, we had candy watches, and they were pretty epic too. 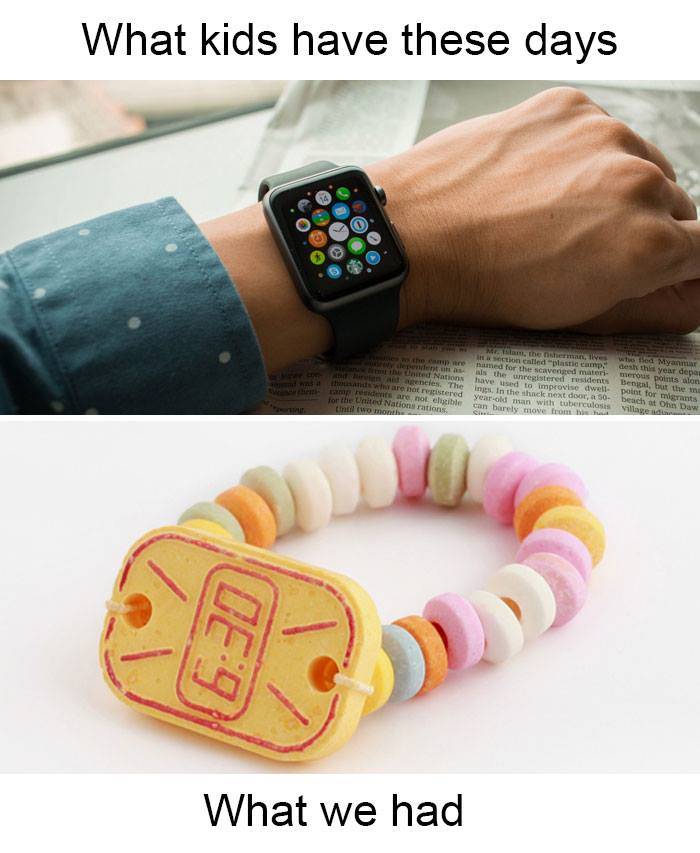 These are pencils, for those who have never seen them before. You would use it until the point got low, then you would take the plastic piece that held the lead out and push it through the top of the pencil. That would trigger a new point to come out from the tip. If you lost one of these pieces, your pencil was totally worthless. 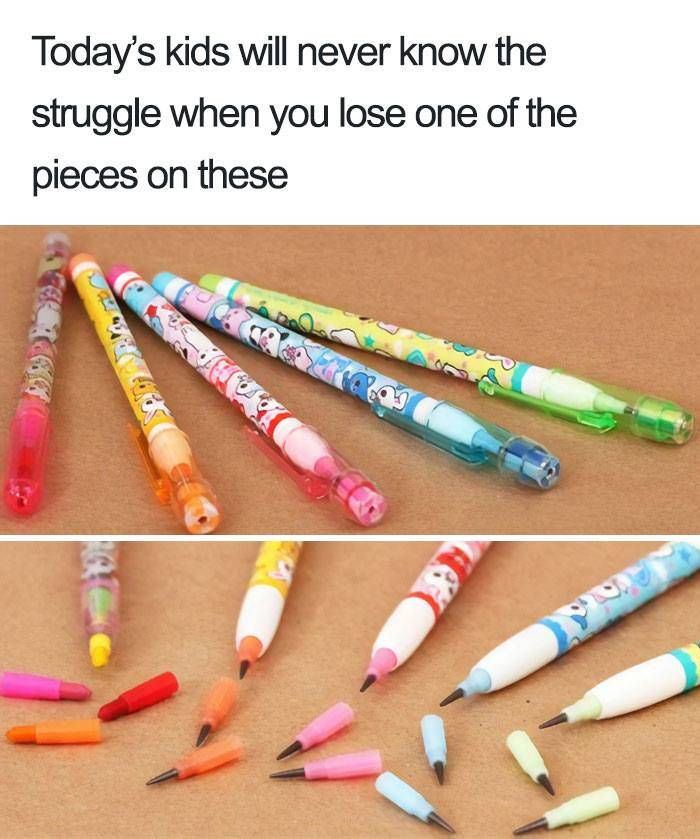 We did not have things like iPods, cell phones, and computers to store all of our music. We had CDs and we kept them in big books like this to save space. 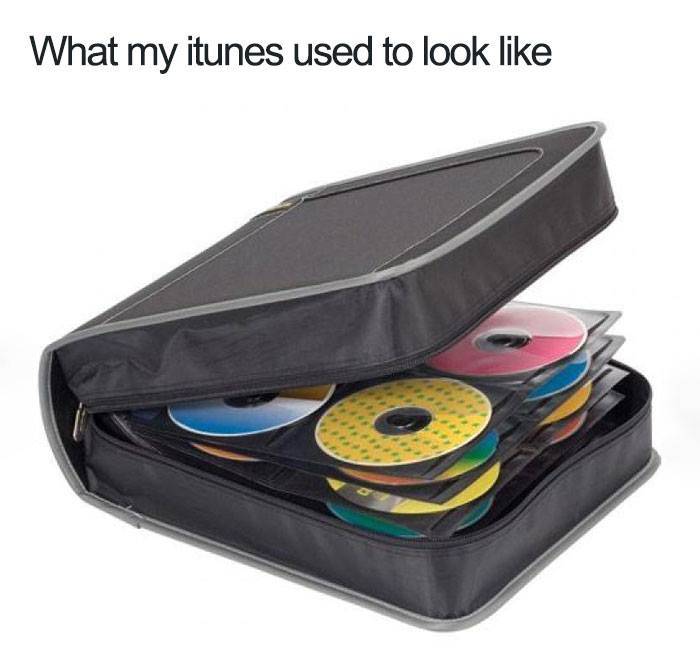 Believe it or not, but MTV used to actually play music…all day long. We did not get stuck in an endless loop of reality television. Instead, we got to watch music videos. 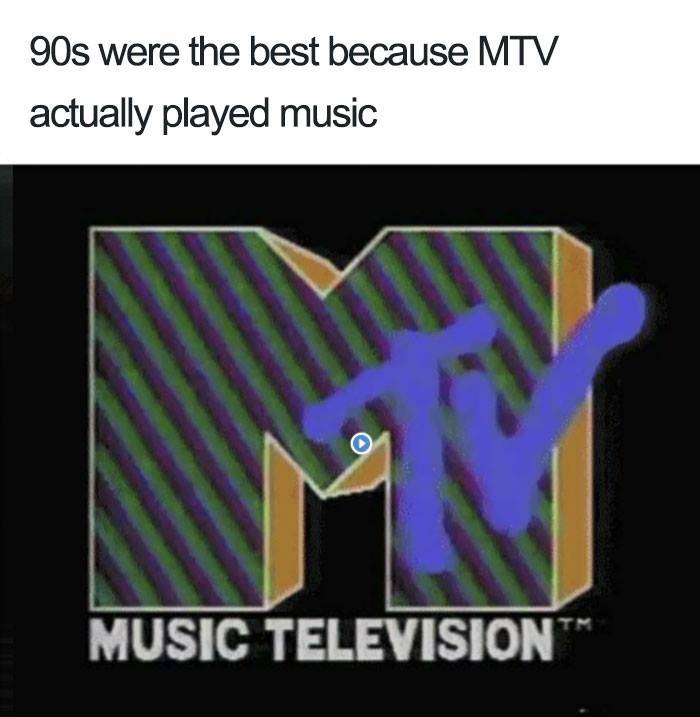